July is the peak season for tourists to visit Khunjerab Pass. The weather of Khunjerab Pass is too chilly. It’s a marvelous place with striking mountains and sceneries. There is no tea and food stalls at Khunjerab pass so take your eatables with you. Khunjerab Pass has a very beautiful scenic view.There are many hotels and resorts in Khunjerab Pass for tourists. Bus service is available daily between Gilgit and Kashgar through the Karakorum highway. Many international tourists visit this place and relish the striking view.

Khunjerab Pass has the highest automated teller machine (ATM) in the world and it is installed by National Bank of Pakistan (NBP). It is available 24 hours a day and 12 months a year. NBP has been awarded by Guinness World record for the World’s highest ATM at Khunjerab Pass. It is easier for tourists do not need to carry cash when visiting Khunjerab Pass simply draw money from the world’s highest ATM.

There are a large number of police checkpoints, cameras on the roadside of Khunjerab Pass.ATM is installed at 4,693 meters and 15,397 feet above sea level. The distance of Khunjerab ATM from Islamabad is 765 km. Through a car, you can reach to Khunjerab in 16 hours. After many troubles and challenges of the construction of ATM and the support of Pakistan Army, and local residents the mission of ATM is succeeded.

Pakistan-China border crossing at Khunjerab Pass, the highest border in the world 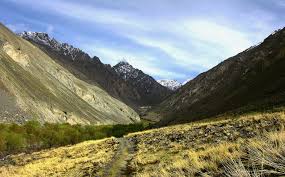