Many tourists visit Fairy Meadows at the start of April till the end of September.From Raikot Bridge take a jeep to Fairy point then hike to Fairy Meadows. Hiking in Fairy meadow is difficult in winters due to snowfall. Cricket, Volleyball and football tournaments are also held in Fairy Meadows.

It is the best place for nature lovers, photographers, hikers, and wildlife researchers.Fairy Meadows road is a dangerous and amazing high mountain track. Many hotels and guest houses are availablefor tourists like Fairy Meadows Hotel, Shangrila Resort Raikot and many others in Fairy Meadows Tour. 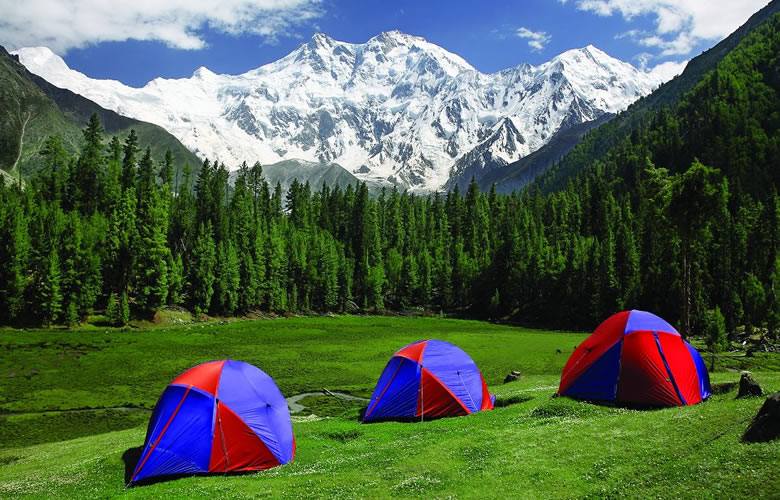 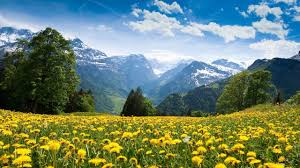 When you are hiking in Fairy Meadows then there are many donkeys and horses in fairy meadows to carry your luggage during the hike.Raikot Sarai is surrounded by rich greenery, mountains, and green abundant trees. Through a car, you can reach to Raikot Sarai from Islamabad in 1 day.

The distance of Raikot Sarai from Islamabad is 450 km. It is a perfect place to spend time in an amazing place and enjoy the scenic and picturesque view. Camping in Raikot Sarai is the most fun and memorable experience of your life. 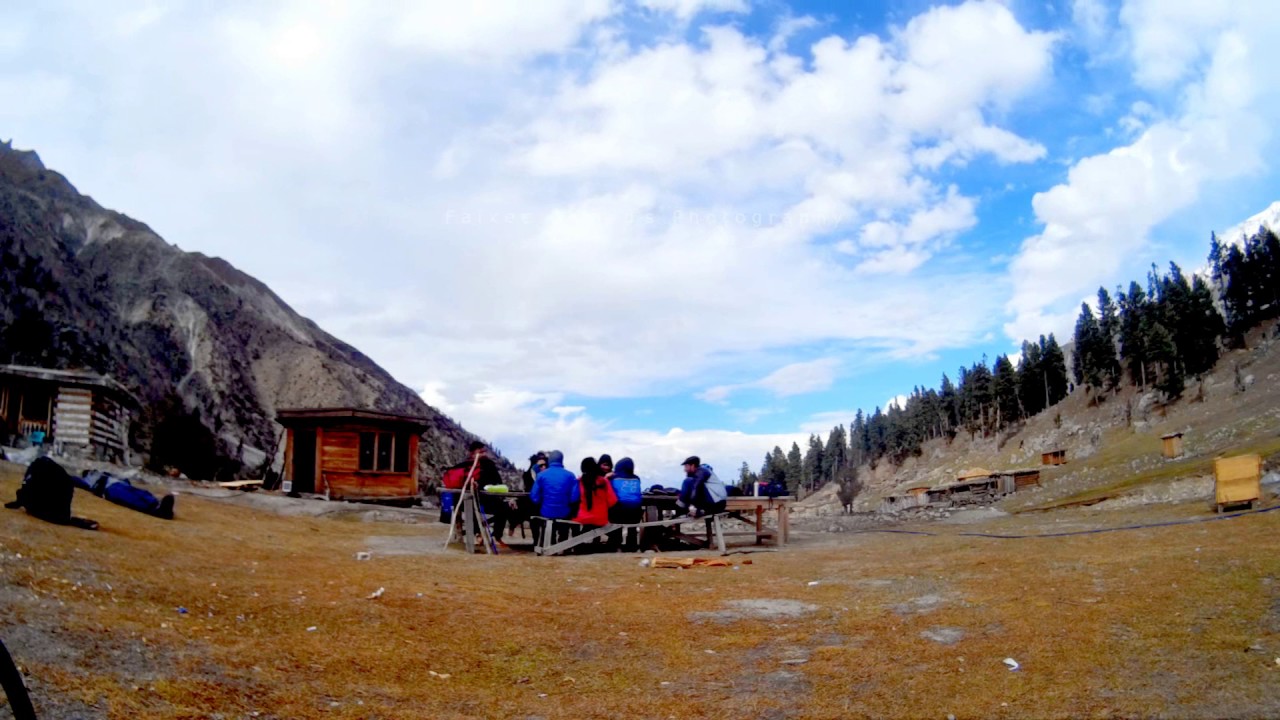 The Beyal camp is a small camping spot that is located a few kilometers from Fairy Meadows. There are many hotels, lodges, camps and wooden huts in Fairy meadows where you can stay at very affordable rates. Fairy Meadows cottages are also known as “Pari Mahal” or “Fairy Palace”.

During the hike, you can view the beautiful scenery, pleasant weather and take amazing photos. Camping is must if you visit Beyal Camp in the majestic, mesmerizing and beautiful place. Many foreign tourists visit and enjoy camping at Beyal Camp

The amazing attraction for tourists in Fairy Meadows is “Reflection Lake”. It shows the reflection of the “Nanga Parbat” mountain.Nanga Parbat aka “Killer Mountain” and it is the 9th highest mountain in the world. You can enjoy BBQ at Reflection Lake with a scenic view.

Tourists love this place due to its irresistible view. A fairy meadow is a place where you get internet and mobile signals directly. Fairy Meadows road is a dangerous highway in the world. Sometimes heavy rainfall blocks the road.The Reflection Lake looks stunning.

In winters snow-capped mountains around the Reflection Lake and its gorgeous reflection look astonishing. Reflection Lake is the best place for those who love and interested in photography. 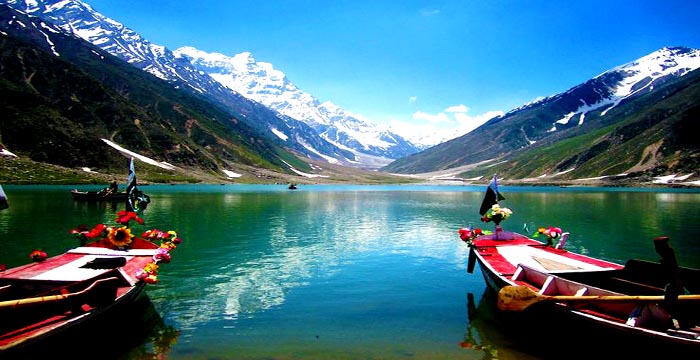 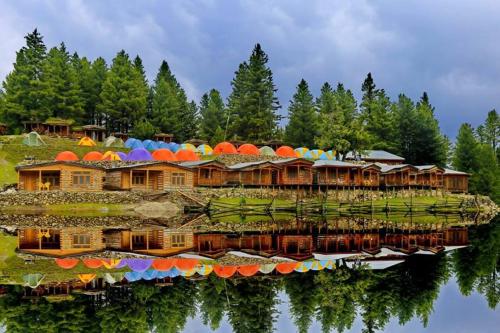 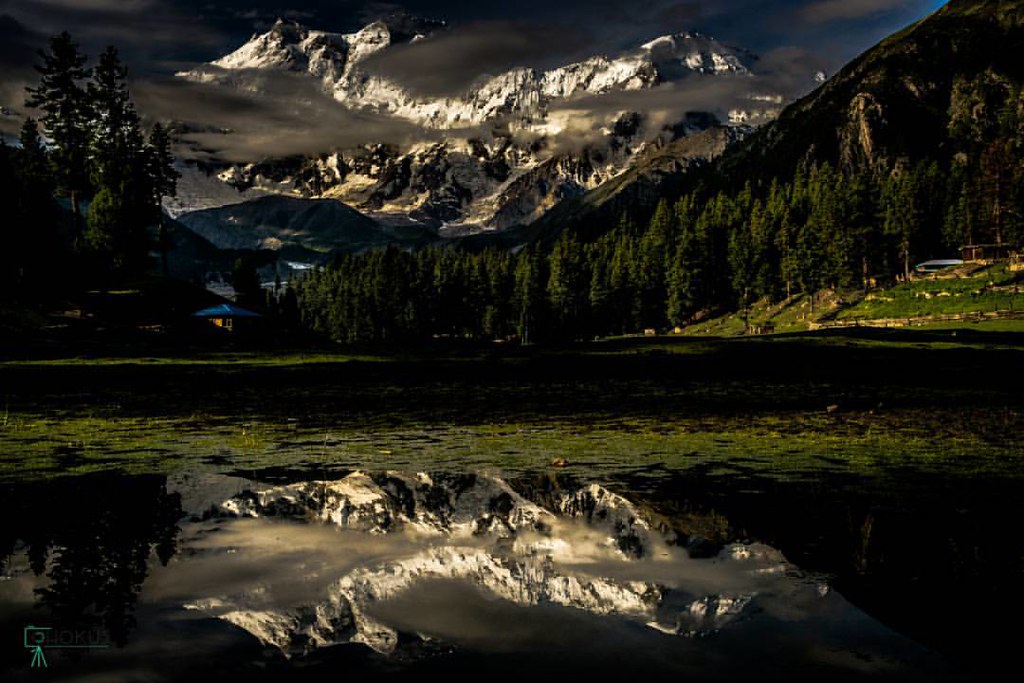